skip to main | skip to sidebar

Harsh sounds afoot at the Oscars ... 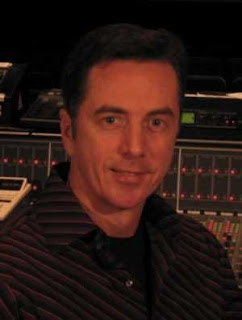 The name Kevin O'Connell may not mean much to you, but it means a lot to Kevin O'Connell, not to mention hardcore Oscar buffs. If you think Peter O'Toole with his 0-for-8 record at the Academy Awards is sad, try living in O'Connell's shoes. The 50-year-old sound mixer has the all-time record for Oscar futility with 19 nominations without a win. Of course, one could say that 19 Academy Award nods is hardly a testament to futility. Consider as well the different types of films O'Connell has been recognized for - everything from family dramedy (Terms of Endearment, 1983) and Westerns (Silverado, 1985) to action movies (The Rock, 1996; Armageddon, 1998) and war flicks (The Patriot, 2000; Pearl Harbor; 2001) and superhero sagas (The Mask of Zorro, 1998; both Spider-Man movies) and obscure Mayan stories directed by borderline anti-Semitic visionaries (Apocalypto, 2006). Plus three Tom Cruise vehicles (Top Gun, 1986; Days of Thunder, 1990; A Few Good Men, 1992). That's a lot of varied ground for Mr. O'Connell, a lot to be proud of. And yet, no golden guy to represent all of that work.

The 19 nominations without a final triumph would be story enough, but there's more - unfortunately. O'Connell faced his most recent loss this past Sunday when he and his fellow Apocalypto sound guys were bested by the team from Dreamgirls - not an entirely surprising results, given that musicals obviously rely greatly on the quality of their sound. What happened next was the interesting part. Back in the press room, the victorious Dreamgirls team took questions, one of which was if any of them had advice for O'Connell. Two of them had general words of praise and consolation, but the third, Michael Minkler, had something else on his mind. Per the Hollywood Reporter:

"I think Kevin should go away with 19 nominations," [Minkler] said without cracking a smile. "We work really hard, and if we stumble upon an award, we are so grateful. I have to wonder ... Kevin is an OK mixer, but he should take up another line of work."

Awkward, to be sure. And now this blood feud within the sound mixing community is approaching Grey's Anatomy proportions if the rebuttal from one of O'Connell's Apocalypto colleagues is any indication. Greg P. Russell tells the awards-tracking Web site InContention.com that Minkler was "absolutely sincere" with his press room comments about O'Connell (Russell used another, harsher word) and reveals that his partner had to leave the ceremony almost immediately after his category was announced to deal with a much more painful loss - that of his hospitalized mother, who died in his arms later than evening. "As if Kevin didn't have enough to deal with," says Russell. "He wakes up to this bulls***." Russell continues:

"It's been a really weird couple of days. I've been fielding all the calls because Kev has been out. The head of our studio came in to say he blasted Minkler for his assault. I even kicked myself for being congratulatory that night. Minkler said to me when I congratulated him that I was always a classy guy and he appreciated that alot. Integrity is something that means everything to me and this man has absolutely NONE. He stood backstage representing the entire Sound Community in front of the world, only to disgrace us all."

Ouch. One wonders whether Minkler will be man enough to apologize to O'Connell, at least to dissing him on the very night his mother passed away, or if this thing will escalate to someone being called out to the parking lot to "settle things," or however sound mixing geeks handle their business. Either way, it does seem like Minkler has some damage control to take care of. Or O'Connell could just get nominated again (he's working on Spider-Man 3, so that should be no problem), finally win, and then bludgeon Minkler with his new prize while yelling, "How does that sound, bitch?"
Posted by Dave at 4:23 PM 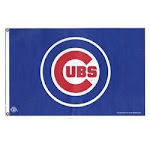 The Cubs will return in April to, well, start all over again. Happy New Year!

Dave
I'm a writer. I'm an author. (Wait, isn't that the same thing? Oh, never mind.) I'm a Cubs fan (the cross I must bear). I'm a liver transplant recipient (the greatest favor in the world). I'm a professional smartass. I make a mean plate of scrambled eggs.